The time changed back to Pacific Time overnight, so we lost an hour – no worries. We weren’t scheduled to dock in Prince Rupert until noon or so, so we woke up and read and relaxed. The seas were much calmer than last night. (we ran into a couple people that actually got a little sea sick)

Breakfast at 7:30 up on Lido – we are creatures of habit. We changed and went for our morning walk on Deck 7. Everything was normal until…… we were walking starboard toward the bow when we saw something. Then, we saw an officer on the bridge wave us to a sighting of interest off starboard (confirmed our find), and shortly after, people above us, on Deck 8 became excited, too. We spotted whales! There were probably close to ten of them about a hundred yards from the ship. We saw tail fins. We saw surfacing, and we saw them blowing. Sadly, my photography / video skills didn’t capture the true nature of the experience, but it was totally exciting.

On the same walk, we saw the Pilot being dropped off – looks kind of dangerous to me!

Dr Bob Donaldson presented “Global Threats in the 21st Century, Part II”. Sadly, there seem to be more questions than answers. What do you do with “failed states”? The vast majority of the 110 countries that the United States has a military presence in today can be considered failed or failing states. What is our role in stabilizing? What if we did nothing at all? Obviously a complex issue. If I run into this guy on-board, I think I’ll take him up on his offer to discuss further. One more lecture of his to go.

After lunch, and docking, we changed and departed on PRR-E, the “Butze Rainforest Nature Walk” – 12:45 to 3:30. We’ve seen most of this in our previous tours, but was still nice – and we still learned a few things regarding bogs, etc.

Upon our return, we wandered the handful of dockside stores, boarded, and climbed up to Deck 12 for Tea. Relaxing. Alison did face-to-face efforts to get us in to Prego for dinner at 6. I, for one, didn’t mind dressing up for that one! We did a couple of after dinner laps on Deck 7 and the skies were improving. 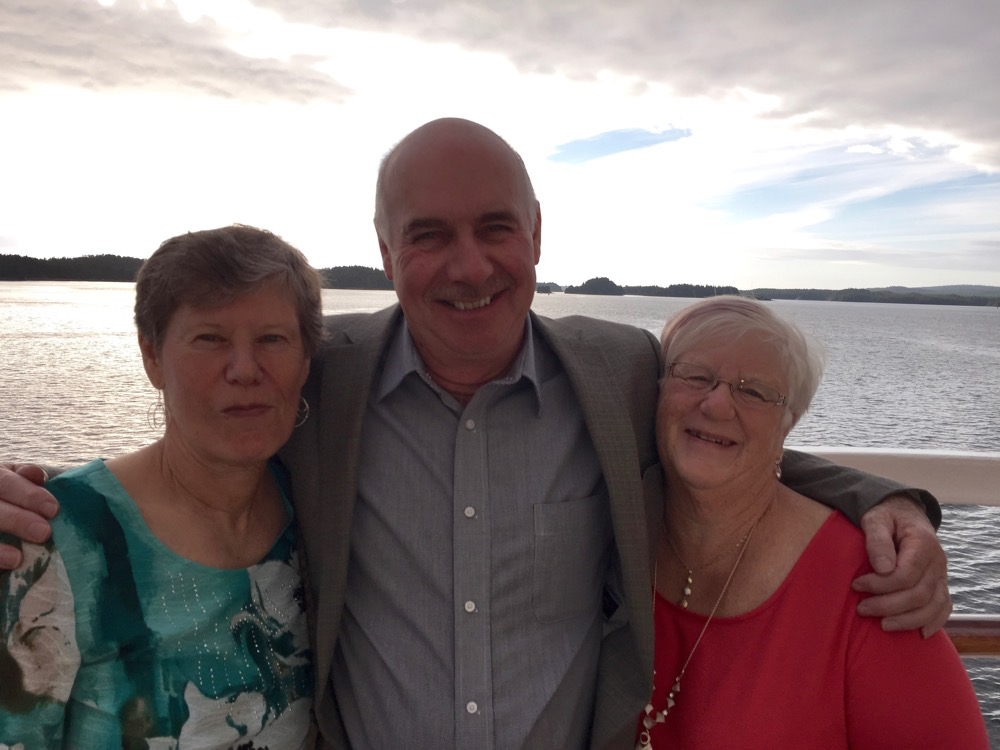 The ship set sail just as we were finishing dinner. The wind and sea were calm, and the skies seem to be clearing.

Alison went up to the cabin, and Marion, Barry and I went into the Galaxy Lounge to listen to Pianist / Humorist, Dale Gonyea – a Victor Borga kind of guy.