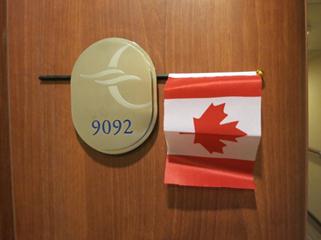 The Marina docked in Southampton, UK around 7am. We said goodnight, not goodbye, to our bags by 10:30 last evening, and all passengers were expected to be out of their cabins by 8am. The four of us were up, shared one last breakfast in the Grand Dining Room, and were ready to disembark promptly at 8am. The bags were well organized and easy to find, and we had been cleared by Immigration three days earlier. Nice and easy.

Marion had arranged for our driver for the day, Steve, who had been a career printing papers salesman, until he lost his job. He worked for the equivalent of airport parking – for cruise terminals – for three years, and then formed his own business, New Forest Platinum Tours, which ranges from being a taxi/executive transportation service to a tour guide service of the New Forest area. Interesting 60 year old guy. He was our driver for the day, which basically meant picking us up at the cruise terminal, getting us to Portsmith to view a needlepoint done by a young Mr. George Records back in the mid-1800s, and to view some documents provided by the HMS Warrior and HMS Victory regarding George Records, who joined the Royal Navy when he was either 14 or 16, I believe. Marion made all the arrangements with the authorities, in advance.

We arrived in Portsmouth, and were a bit early, so we walked around memorials for the Titanic and sailors, in general. We found the navy yard and were directed to Security, where we got temporary photo id badges for entry to the library’s reading room, and were picked up by one of the library’s personnel. The needlepoint was amazing, to me. It was very detailed and creative, and contained two photographs of the young man, which considering it was the mid-1800s was amazing to me. Marion is the historian, but this relative served on both the Black Prince and on the HMS Warrior, which was the first iron-hulled, armored warship build for the Royal Navy, http://www.hmswarrior.org/, commissioned in 1860, and was decommissioned May 31, 1883 – never having fired a shot in battle.

Being a legacy of the ship, we were offered a free tour by one of the super guides. This was extremely interesting. The Warrior was a full sailing ship – yet was also powered by steam, with interesting design considerations, like lowering stacks to allow full sails, and raising the propeller to reduce drag and increase speed when under full sail. You truly got a feel for what life on board was all about – the positioning of the leadership/command of the ship from the crew – with the marines in the middle. It had a full laundry, kitchen, etc. Fascinating. 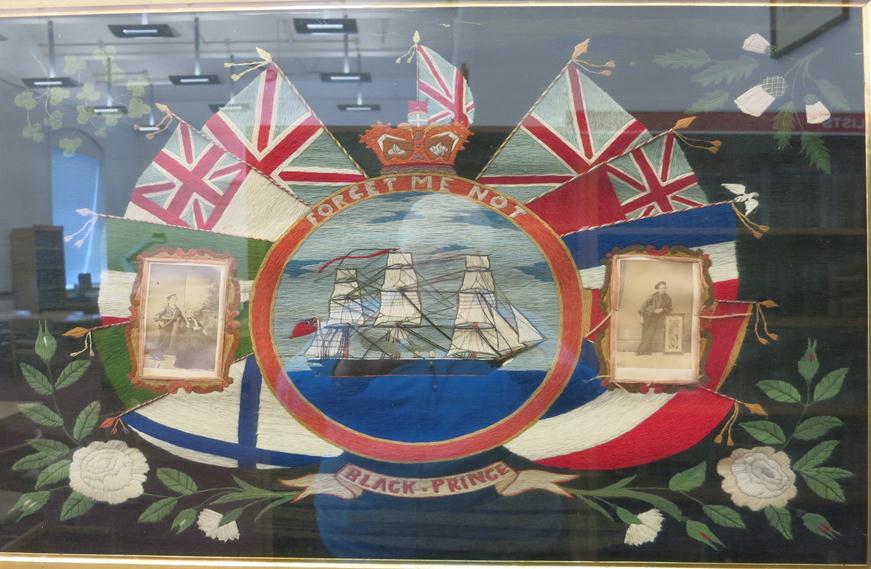 It was getting late, and we were hungry, so we called Steve, and while he was getting ready to meet us, we grabbed a few sandwiches and drinks, and met him at the curb. From Portsmouth, it was a 60-90 minute drive into Central London, which Steve wasn’t entirely familiar with. I became navigator, using Steve’s GPS, and Marion backed me up with use of her European smart phone. It seemed like a long way around, but we got there in one piece.

Getting to the flat at 58 Maddox Street, practically at the corner of New Bond Street (had to say it), we met Ricardo, who is the management representative for this flat, on the first floor, or one level up from the street. Ricardo is from Brazil, and very smooth. He showed us around the flat and all the really cool appliances in the kitchen. After settling in and connecting all our devices, we ventured the 3 or 4 blocks to John Williams Department Store and their well-known food court (super market), grabbing a couple bottles of wine, bread, wine and some essentials.

After dinner and sitting around for a bit, we were tired enough to hit the sack.