Same old from a weather perspective – mostly cloudy, fog, a bit of drizzle, and on the cool side – getting down to the mid-40’s.

We were one of the two cruise ships allowed to enter Glacier Bay each day. Right around 7AM, three National Park Service Rangers were piloted out to the ship to make presentations, answer questions, and help us out with what we were seeing – or not. Goat Island was one of the first sites along the waterway into Glacier Park – and we couldn’t even see the island, let alone the Mountain Goats, due to the fog.

We saw lots of floating ice throughout the trip, including a couple of Harbor Sea Lions, regular Sea Lions, lots of gulls, and even a Bald Eagle. We had hoped to spot some whales along the way, but no such luck. The park includes 12 tidewater glaciers – those that “calve”, or break off into the Bay – some as much as seven feet per day.

The highlight is Marjorie Glacier, and by the time we reached her, the fog had lifted (still cold and a gentle rain / mist), but she was majestic – and we got close. Alison and I had been walking around Deck 7 to get our steps in, and observing the Glacier, when, all of a sudden, a big CRACK, like a thunderclap, and we saw a portion of the glacier fall into the bay. Wow! Then another, and by that time, I was ready for more – and I caught one or two via video. Mother Nature is impressive! The ship stayed on station form a little more than an hour, and had our attention the entire time.

Lunch was followed by a lecture by “Ranger Dan” at 1:30, who presented Glacier Park to the audience. Our ladies took off to watch for whales or other wild life, while Barry and I walked a bit then went to Hollywood Theater to watch a Pierce Brosnan film, “Urge” – possibly the worst movie I’d seen in 40+ years. It was so bad that Barry and I – and probably two thirds of the audience bailed on the film before it ended. Yuck!

At 4:15, we listened to another Alex Murphy lecture, “Why Geography Matters – For Understanding Pacific North America and Beyond”. I actually stayed awake for the whole program, this time. We dashed from Deck 6 to Deck 12 to join some music and dancing and have a couple cocktails before dinner. At 6PM, we repeated our crashing of the 6 o’clock seating down on Deck 5, the Main Dining Room – getting the same table and staff as last night, which was fine by us!

After dinner, we went up to Deck 6 and the Galaxy Lounge for a 7:30 show by singer, Reva Rice of Broadway and Las Vegas fame. She was GOOD.

Back to the room to call it an evening and get caught up before crashing into bed. These days at sea can be exhausting! 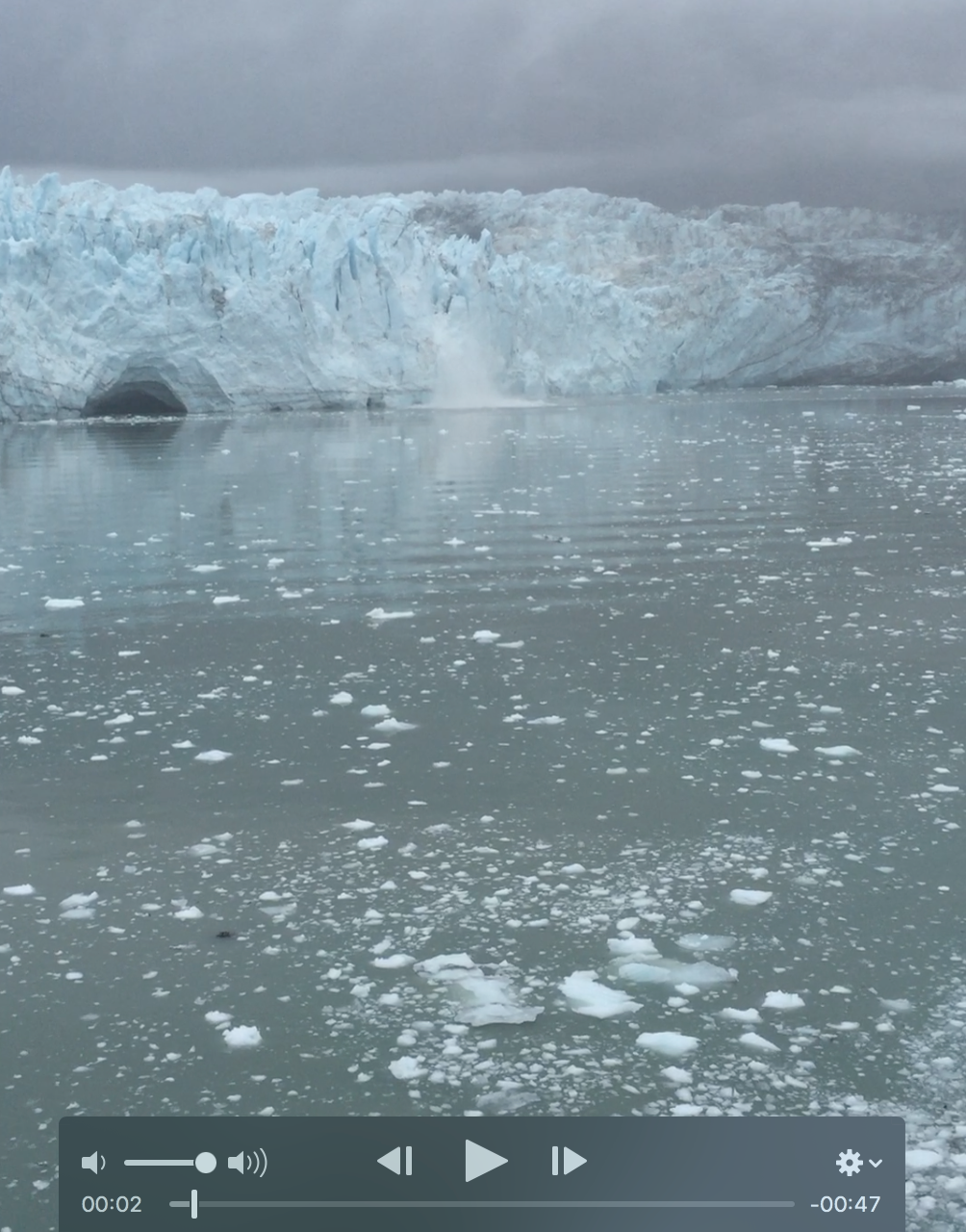 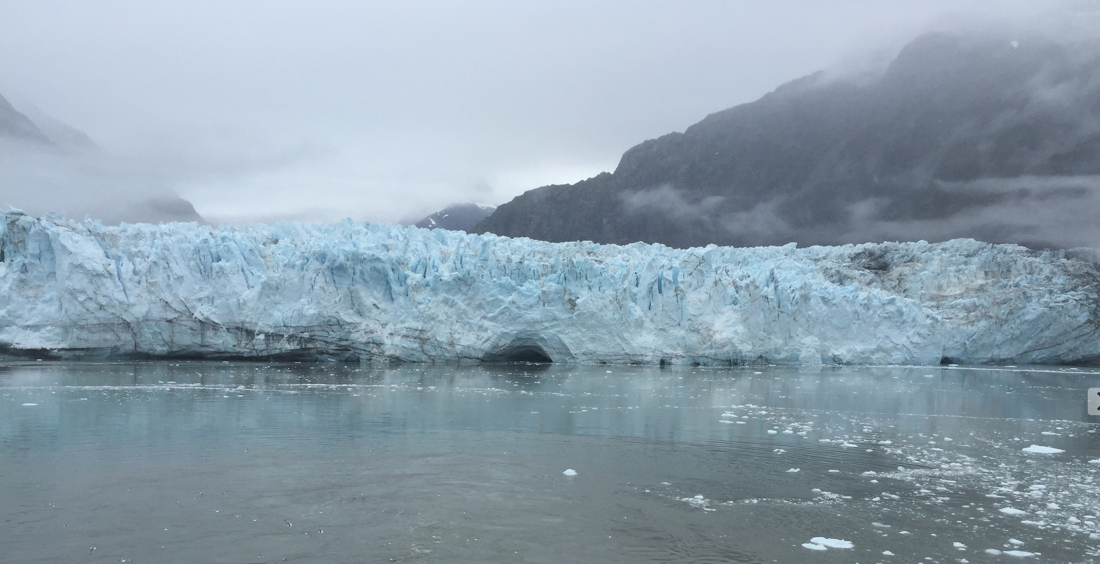 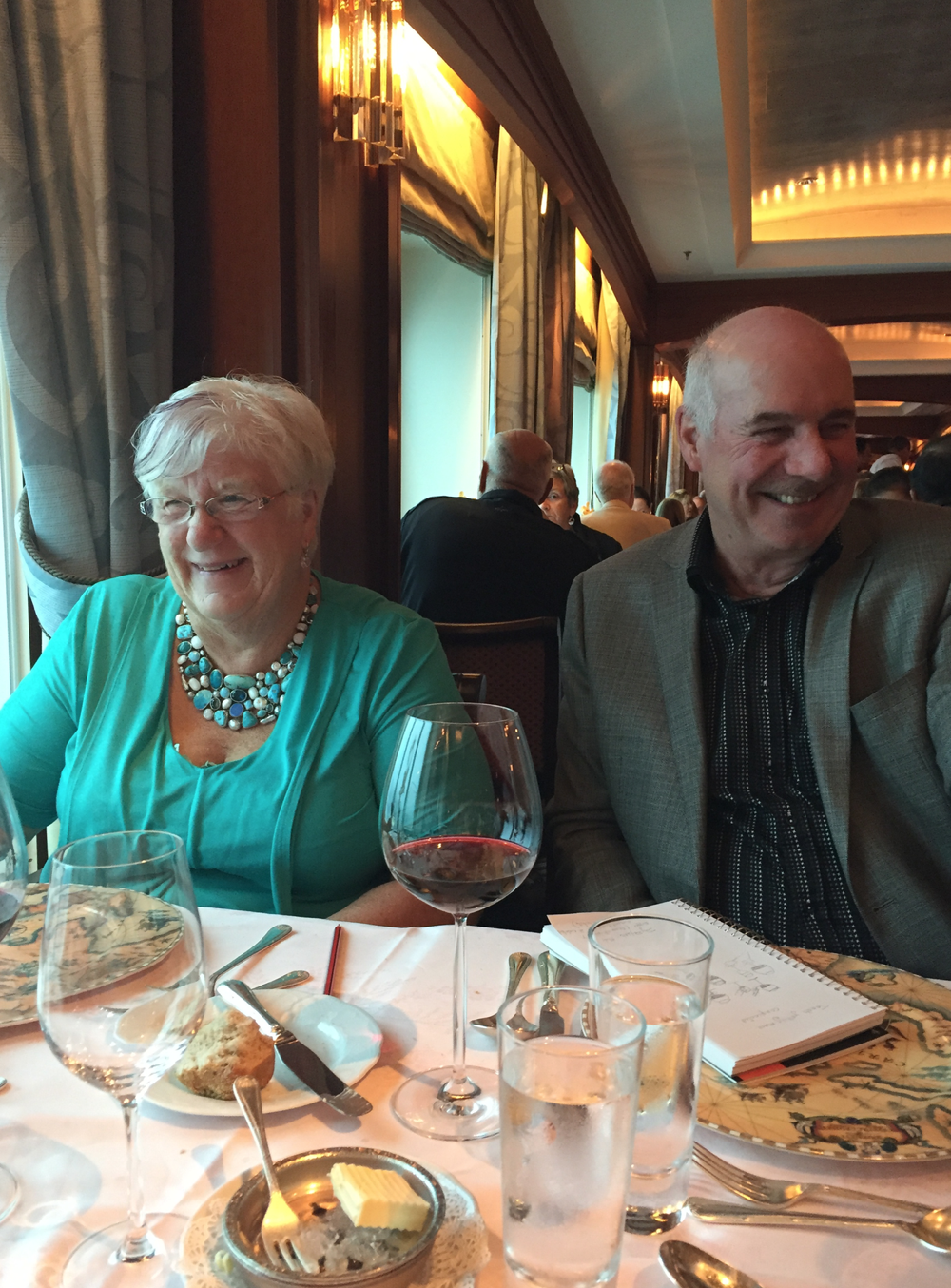